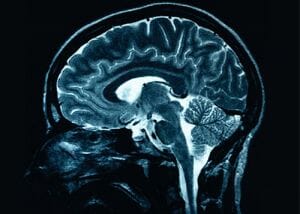 An Italian woman going by the name Giovanni with an incredible story of alien abduction has made the claim that her captors took her aboard their craft in order to create a hybrid alien race.  And like so many before her, the abduction experience yielded several pieces of evidence that suggest she may be telling the truth.

The staggering evidence includes implants in her brain, a strange phosphorescent material imbedded in her skin in strange symbols, and even a fetus which was undetected until complications from her (previously thought phantom) pregnancy resulted in a being which defied explanation and is now being studied by doctors.  The story isn’t something that can simply be dismissed once one takes into account the sheer volume of evidence, and any one piece of evidence alone has caused some skeptics to wonder if there may be something more to her claim than a simple fabrication.

The phosphorous material in her skin has been analyzed and shown to be a singular glowing material that experts are saying has not been fully identified and is thought only to be made under extremely specific circumstances using magnetic fields comparable to those found in the CERN Large Hadron Collider.  The material was not only discovered within her skin, but also her home and in a small patch of burned grass in her yard.

The incredible evidence continues with artificial tiny metallic implants which Giovanni has had in her brain for several years.  Doctors say they do not know what the objects are, but Giovanni claims they were put in her brain by the creatures after being abducted first when she was four years old.  The woman, now 41 still does not know what they do.

Finally, the most grim piece of evidence is the undetected life sign in her body that ultimately ended in abortion.  After the fetus was removed, doctors claimed it was certainly not what they had expected.  Though human fetuses can at an early stage resemble what many describe the Greys as looking like, they also said that several developed features were distinctly not normal for a fetus at that stage, and that it was likely that the child was either developmentally mutated, or something else had caused it to exhibit abnormal features.  Of course Giovanni said this was no surprise to her, as she suspected from the beginning that the child was a hybrid implanted in her by her alien captors.  Alone, this could be chalked up as an aberration, but given the other evidence and her claim of alien abduction it is yet another piece of a puzzle.

The scene she describes is typical of many abduction cases.  She would typically be at home late when a flash of light would suddenly pull her up and she would lose control of her motor functions.  She would not remember actually making the transition from her house to the ship, but would soon find herself within its walls surrounded by strange beings with large black eyes who would conduct medical tests on her.  Will Giovanni ultimately be able to provide final proof of these tests on not only her, but the millions of others who claim to have been abducted by aliens?  Only time will tell.