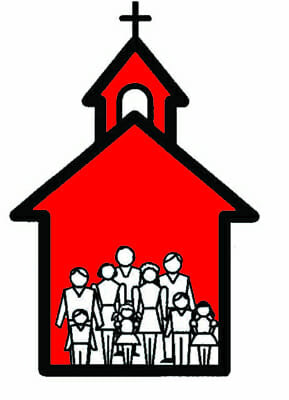 HBO is good for developing guilty-pleasure cable television series that have fans clamoring for more, but their latest, which stars heavy-hitters, such as Woody Harrelson and Matthew McConaughey, centers on a depressingly sad theme that was inspired by real life events. The writer of ‘True Detective’ says that the storyline involving two detectives who unravel ritualistic murder crimes, gained inspiration from a real account that dealt with pedophilia, Satanic rituals, and a church that converted to the side of the Devil.

Can you imagine the betrayal and horror of townsfolk who one day learn that a local church that was supposed to abide by the faith they believe in really holds a terrible secret? Dubbed the ‘house of horrors,’ many could not believe that a small church in Louisiana had converted to Satanism in 2000.  A small group of members then went on to conduct what is known as countless acts of ‘Satanic ritual abuse’ (or SRA).

The Hossana Church building itself once served as a pulse in the small community of Ponchatoula – a town located in south Louisiana. It wasn’t until 2005 that the residents discovered that a “splinter cult” had evolved within the church, and used the holy grounds to carry out unthinkable acts against children and animals. The ‘youth room’ of the Hosanna Church had once catered to the innocence of children, but eventually transformed into a place used for Devil worship – led by a pedophile pastor who gained assistance from his wife and others.

Police believe that as many as 25 children and seven other followers can tell their own tales of abuse at the hands of the pastor and other members of the congregation. Incidents that are believed to have taken place within the church include babies dressed in black being abused while lying inside of a Pentagram; the drinking of cat blood; a child being drenched in animal blood; and Satanic writings being scribbled across the church walls. Sometimes, they held ‘dedications’ of babies to Satan. The church had become a place to worship the Devil, and partake in unspeakable acts.

Leading congregation members down a path of evil was a ‘false prophet’ that pastor Louis Lamonica Jr., claimed was at the center of everything. He walked into the police station, and was described as ‘calmly confessing’ to the evil-doings committed by him and others within the church, including a local deputy (just like the corrupt officer in ‘True Detective’). Alongside a small number of worshippers who became members of the cult, he took part in rituals that were supposed to ‘cleanse’ them of their demons.

Rituals would begin like any other church service, Lamonica described. Satanic music played at the start. Candles would burn in dark, red candleholders. Babies wearing black dresses were placed in the center of a Pentagram, where those around it would chant. A cat was killed and the blood drained from it, where the members would drink. Some of this blood was sprinkled on top of the child. In one account, it was the one-year-old daughter of one of the cult members. Lamonica said that these types of meetings would occur every two to three months.