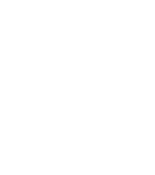 In order to prove that a suspect was capable of committing a crime, the police may conduct surveillance on possible criminals. Electronic methods have especially become increasingly helpful in conducting this type of observation. In this article, you will learn about some of the methods of surveillance that police and investigators may use to catch a criminal.

Sometimes, bugs are planted in a location linked to the suspect when the police wish to conduct surveillance on a suspected criminal. They can be in the form of a hidden camera or microphone. Undercover police may wear microphones when coming in contact with suspects. Other times, computer information or telephone calls are intercepted (called phone tapping) to collect proof of any wrongdoing. The following types of surveillance illustrate the different technological changes that have occurred through the years:

The majority of surveillance that involves computers centers on the monitoring of data and traffic on the Internet. This is because a lot of personal data is stored on computers. Under the Communications Assistance for Law Enforcement Act, all phone calls and broadband Internet traffic (which includes emails, web traffic and even instant messages) are required to become available for the use of Federal law enforcement agencies. All of the data that is transmitted over the Internet is too great for investigators to digest so surveillance computers are programmed to pinpoint ‘trigger’ words or phrases that could pose a threat. People who visit certain types of websites also put agencies on alert. People that communicate with suspicious individuals or groups through chat rooms or email also draw red flags.

Throughout the United States, official and unofficial tapping of phone lines takes place. Thanks to the Communications Assistance for Law Enforcement Act (known as CALEA, for short), all telephone and VoIP communications must be made available for real-time wiretapping by Federal law enforcement and intelligence agencies. AT&T and Verizon actually have contracts with the FBI that requires keeping their phone call records in an easily searchable and accessible format for Federal agencies. Because of this, the phone companies receive $1.8 million dollars per year. Monitoring of most phone calls is accomplished through speech-to-text software that generates machine-readable text from intercepted audio. In some cases, cell phones are used to find the geographic location of a criminal.

Many people imagine cameras and video feeds when they hear the word, ‘surveillance.’ Surveillance cameras are found in stores, office buildings, hotels, and on street lights to catch traffic violators. These video cameras are often attached to a recording device that is set up to observe a location, as well as the actions of an individual or group. Someone is usually needed to monitor the camera footage , whether it is a security guard or member of law enforcement. Newer technology may see footage being taken when motion sensors are activated, causing a camera to record only when something is moving.