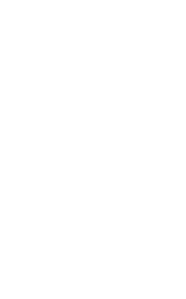 It seems as a culture evolves so too does its conception of the paranormal.  In the modern day a ghost is seen as an entity given temporary form by energy left behind as it shuffles off this mortal coil and replays moments and personality traits from its life mixed in with some limited interaction with the living by some surviving personality traits.  However, prior to the modern day there were several conceptions of ghosts throughout history that were vastly different from the modern day.

In antiquity, ghosts were said to be often vengeful souls of people who had suffered some wrongdoing.  Though this theme survives even to this day, they were attributed with far greater powers than their modern counterparts, even being granted the ability to take up arms and kill their opponents if necessary for their souls to find rest.  These proactive poltergeists were not, however, merely confined to anonymous victims as is sometimes suspected in modern urban legends of this type, but were often blamed for the deaths of even the highest profile of nobility.

For example, the Chinese philosopher Mo Tzu describes an encounter with such an entity as it killed King Hsuan.  The ghost was of a monk who had been wrongfully put to death by the king for a crime he did not commit.  The ghost, according to historical accounts, appeared and took up a bow and arrow which it used to kill King Hsuan.  Such a high profile assassination by none other than a ghost is certainly far from anything the Western World has in its history, right?  We’ll get back to the surprising answer in a minute.

First, let’s visit the fifth century where ghosts were said to stay close to their remains.  As a result, cemeteries were socially off limits places.  It is from this period that some of the cultural aversion to cemeteries remains even to this day.  And spirits were often placated by ceremony, ritual sacrifice, and festivals which honored them on one night before beseeching them to leave the living alone until the next feast.

As time progressed, the medieval period came about and ghosts were seen to return for a specific purpose before they would return and be placated once again in a blissful state of death.  These spirits would “go into the light” so to speak after a specific task, often dealing with justice or their loved ones, was undertaken.  After this point the ghosts would find it easier to rest and would stop bothering their loved ones quite as much.  It is a ghost of this style that appears in Shakespeare’s play “Hamlet” in the form of his deceased father of the same name.

And as far as ghosts causing massive historical change from beyond the grave, one is often credited as being the driving force behind the deaths of several early presidents after 1840 when the ghost of Tenskwatawa is said to have indirectly caused the death of every president in office who was elected at the turn of the decade from Harrison to Kennedy.  The curse was finally broken by Ronald Reagan, and is often attributed to his wife who herself dabbled in mysticism.

It seems the current image of the ghost that lurks in the shadows at some houses waiting to be scanned with an electronic device is a far different creature with much more ambiguous motivations often than the ghosts of history with their often violent, but nonetheless determined afterlives.